I mentioned in an earlier post that August had been a productive month, and that I would tell you about it later – and that ‘later’ has now arrived 🙂

When I had the wee stutter on my August OMG project because I didn’t have the right thread for quilting it, I was so in the sewing zone that I just didn’t want to stop … so I delved into my UFOs/WIPs and pulled out some string blocks which I had made up about two years ago, and sewed them together into a small lap quilt.  I found a piece of fabric in my stash which was just the right size for the backing, did some very simple diagonal quilting, and then bound it with some lovely blue striped fabric which I’d recently purchased as backing for another project (see more about that in Project No. 2 below). 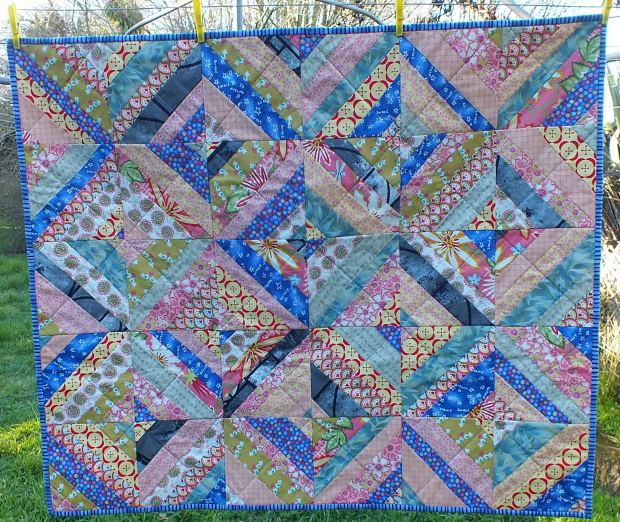 This was another one I fished out the UFOs/WIPs box – an OBW (One Block Wonder), also started two years ago.  At that time I had just started learning about OBWs and this was my first attempt – now I know a little bit more about what kind of patterned fabric works best for this type of project, I can see that this fabric isn’t really suitable.  (Good lesson – part of my learning curve 🙂 )  Despite this, I’m still quite pleased with the end result, which this time was quilted with some simple wavy lines (getting adventurous … 🙂 ) 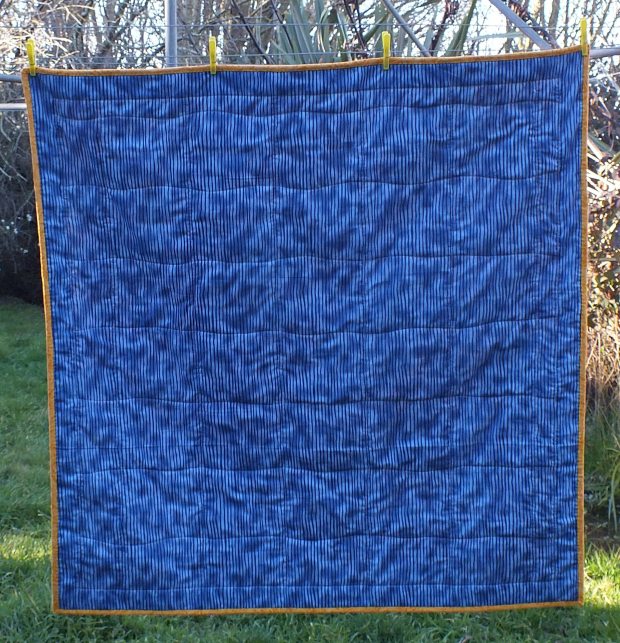 Both of these will probably end up as donation quilts.

I was definitely on a roll in August – OMG achieved plus two more finishes! 🙂

a fusion of textiles & smiles

Tales of the somewhat epic adventures of an ordinary Wyoming woman

About a life made full with animals.

The Task at Hand

A Writer's On-Going Search for Just the Right Words

I Don't Have The Map

Notes on Getting Lost and Getting Found

The Wrong'un at Long On

Invariably keeping my eye on the wrong ball since 2012

The adventures of a girl and her busy mind.

A Time to Create

...where miracles and mistakes collide...

Personal Essays - It's All About Curiosity & Connection